Coming soon: Buses on demand in Marina-Downtown, Joo Koon, and from CBD to the east 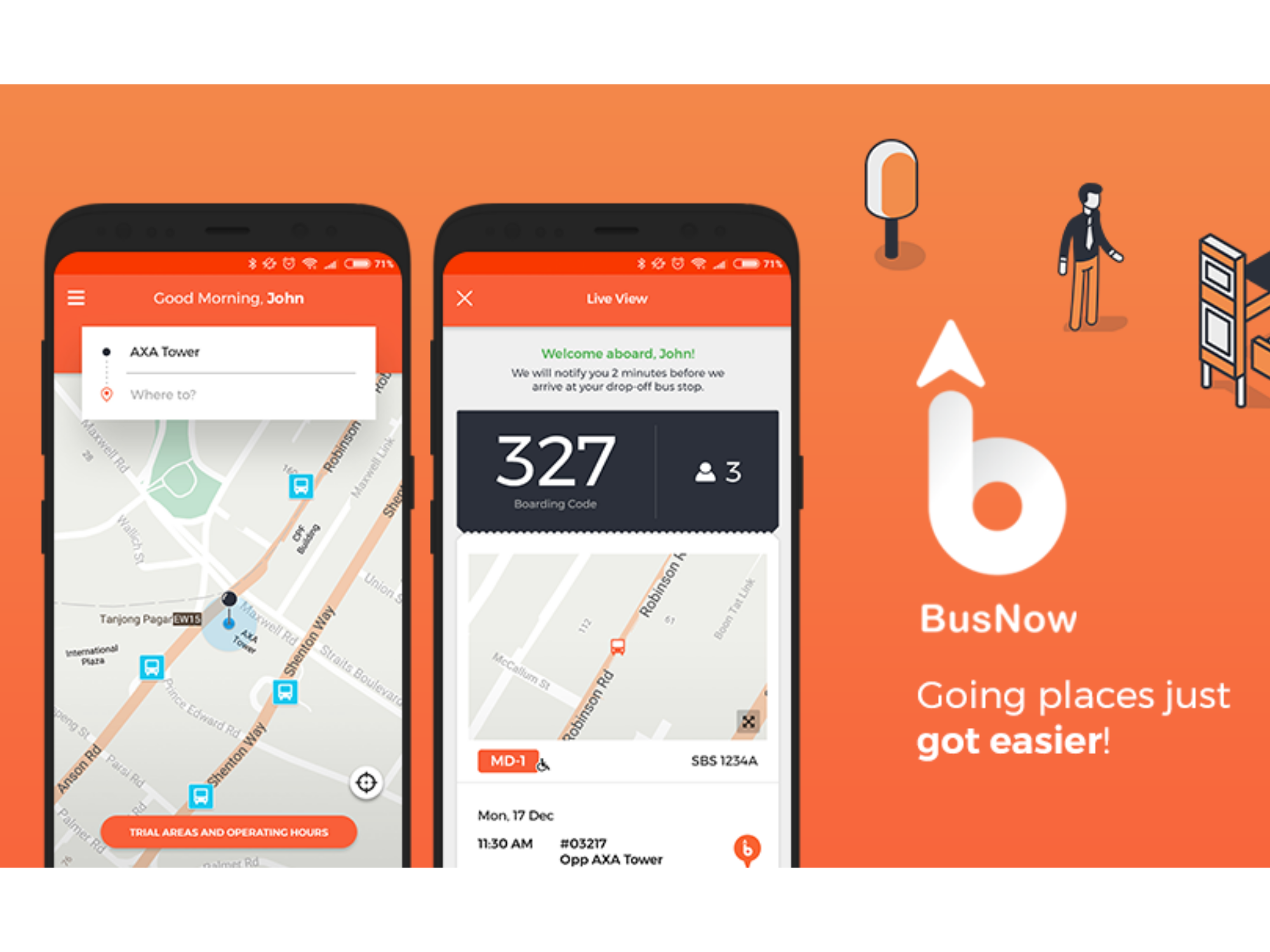 From Dec 17, commuters may request via their smartphones to be picked up and dropped off at any bus stop in Joo Koon and Marina-Downtown, under a six-month trial by LTA of bus services plying on-demand routes.

In August, the LTA announced the award for the second phase of the trial to SWAT, which entailed the development of hardware and software solutions for the on-demand bus system.

Commuters travelling along the Marina-Downtown route, and the one between the CBD and the east, will have to download the BusNow mobile application developed by SWAT.

Today: Coming soon: Buses on demand in Marina-Downtown, Joo Koon, and from CBD to the east