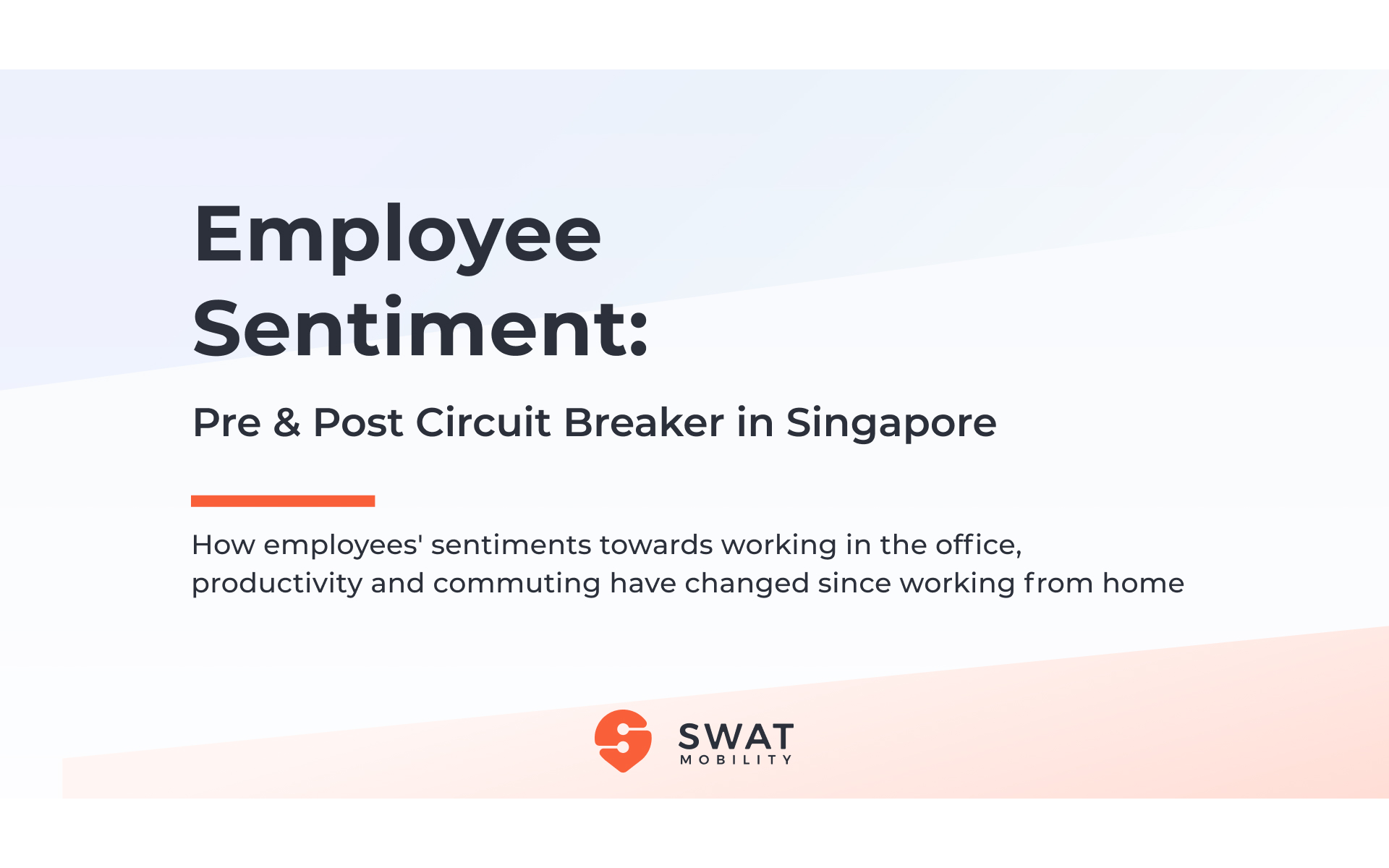 12 April 2021, Singapore - A recent survey targeting employees in Singapore and their commuting sentiments and habits pre and post circuit breaker revealed some interesting insights. One such insight was that respondents largely agreed that transport provision or reimbursement will motivate them at work. The survey was conducted by a team of students for their field study project, led by Professor Vivien Lim of National University of Singapore’s Business School, with expertise in workplace health.

The research examined employees' perceived productivity and preferences for working at home versus in the office, views towards commuting pre and post circuit breaker, as well as the commuting factors that impact their perceived well-being.

Findings suggested that 30% of respondents felt less productive working from home, with almost 50% citing interruptions as the top reason for decreased productivity. Other factors were ineffective communication and technical issues. The survey found that age and gender played a factor in perceived productivity change.

The length of commute and number of transfers both had an impact on perceived well-being. Contrary to expectations, the shortest commute time was not the most preferable. A noteworthy finding is that 70.6% of respondents felt that some form of transport provision or transport reimbursement would motivate them to work. There were variations to the degree of agreement depending on income level and age group, and the lowest income group was not the biggest proponent of having some form of transport benefit.

Lastly, interviews with some employers suggested that most did not find transport provision or reimbursement important for their employees. This suggests a disconnect between employers and what employees value, and should be a consideration for all companies.

The survey showed clear differences in commuting pre and post circuit breaker for employees in Singapore, and offers insights for optimal work from home arrangements as well as employee motivations.

For more details, the report can be downloaded here.

SWAT Mobility promotes the use of public buses from an environmental perspective by visualising the difference in CO2 emissions when private cars are used compared to when public buses are used.
Sep 16, 2022

Signed a Memorandum of Understanding (MOU) with Thailand Post Distribution to jointly research the use of Artificial Intelligence (AI) and machine learning in delivery load and route optimisation, driving sustainability.
Apr 11, 2022

SO joins hands with SWAT Mobility to increase efficiency of staff transportation and meet the needs of both public and private customers.
Jan 28, 2022

An SWAT Mobility's "Startup SDGs Innovation Trial Project" update by Kitakyushu City to report on the progress of our routes’ revision proposal for the public buses across Japan.