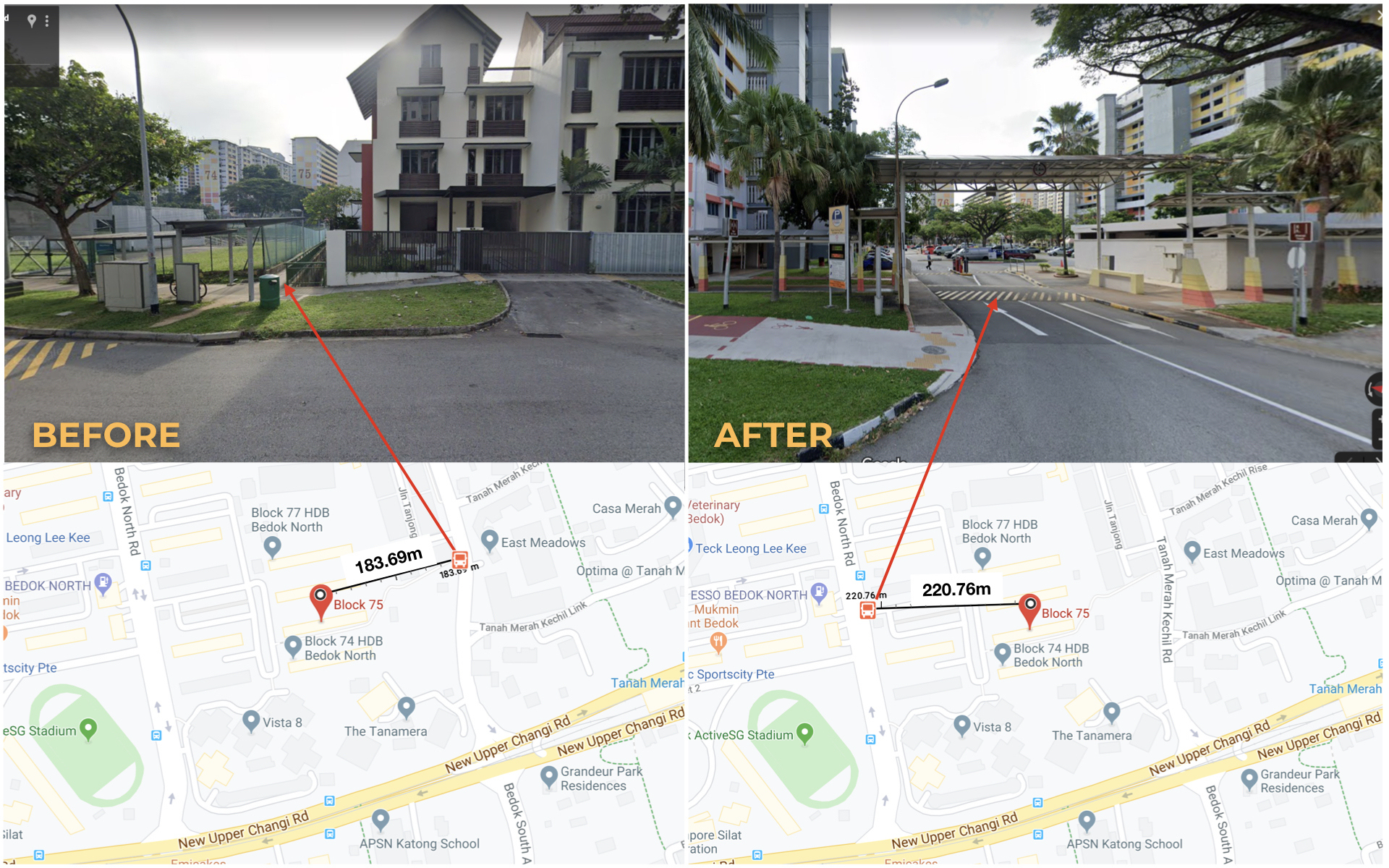 Example of how waypoint selection should consider not just the distance by foot, but also the passengers' behaviours and preferences.

As a smart transport technology partner, our business involves pooling passengers in shared vehicles and generating optimal routes to pick them up and drop them off. This article explores some insights we discovered in the course of our deployments regarding the pick-up and drop-off waypoints of passengers.

As mentioned earlier, pooling people in a similar area means that some people will have to walk, with best effort to suggest the shortest route possible. It turns out the walking distances between a passenger's requested locations and the offered pick-up/drop-off points play a critical role in whether the passenger accepts or rejects a trip offer. As a result, we fine-tune our algorithm to derive walking distances as reliably as possible.

Factors other than walking distance need to also be considered when generating waypoints. Waypoint selection should also consider the passenger’s habits, behaviours and preferences. In the image above, the initial waypoint offered was closer in distance to this person’s home but required a walk through a back alley (left). Since it is a late night ride, the person had safety concerns due to the dark alley. After receiving the feedback, another waypoint was selected on the other side of the destination (right). The preferred point is technically further, but is the main entrance to the estate and brightly lit. The passenger was much happier with the new waypoint.

From a pure algorithmic angle, the offered waypoints tend to be the stop closest in distance to the passenger’s destination. In reality, as seen above, a passenger’s preferred point may not be the closest one. Familiarity plays a role in preference, and in various cities, regional habits also differ. Stop points are not necessarily defined by bus stops or landmarks, or there could be opposition to crossing roads due to traffic conditions, even with valid pedestrian crosswalks.

Solving this issue requires much research and learning about the customary means by which the passengers travel, between their requested locations and the service waypoints. It gets really tricky when deploying in an unfamiliar country, so we must make sure to do prior research and ground testing before implementing our solutions.

Ultimately, we need to build a smart algorithm that can digitise and ingest data, to effectively collect, select and optimise offered waypoints. Rigorous on-the-ground verification is also crucial to ensure regulatory legitimacy and accuracy.